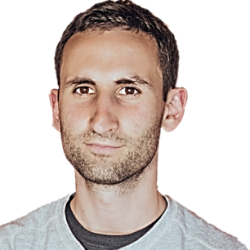 Chairman of the Board

Mr. Stadlen is Co-Founder and General Partner at Giant Ventures, a global multi-stage venture capital firm which backs purpose-driven technology founders. Since 2017, Mr. Stadlen has been a Venture Partner at firstminute capital, a seed stage venture capital firm. He is also an advisor to the NYU Stern School of Business Center for Sustainable Business. Mr. Stadlen co-founded Swing Technologies, an imaging technology company, in 2014. In 2017 Swing joined Microsoft, where Mr. Stadlen held product management roles. Prior to Swing, Mr. Stadlen served as a strategy consultant at McKinsey, where he developed global experience across sectors advising leading companies and governments. Mr. Stadlen previously worked for President Obama on his 2008 presidential campaign. Mr. Stadlen has been recognized by the Financial Times as a top 50 Global Ally Executive and is a recipient of Entrepreneur Magazine's “Best Companies in America” Award. Mr. Stadlen is the best-selling co-author of “Connect: How Companies Succeed by Engaging Radically with Society,” written with former BP Chief Executive Officer Lord Browne. Mr. Stadlen is a regular contributor to media outlets, including the New York Times, Financial Times, CNBC, BBC and Bloomberg, where he appears as an expert on technology and sustainability. Mr. Stadlen graduated with a Bachelor of Arts and First Class honors from the University of Oxford and holds a Master of Science (Distinction) from the London School of Economics and Political Science. 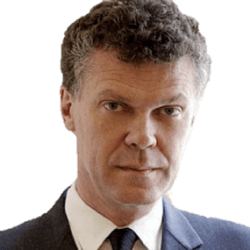 Since June 2020, Mr. Denis has served as Senior Advisor to the board of Coty Inc., a global beauty brand. From July 2012 to February 2020, Mr. Denis served as the Chief Executive Officer of Jimmy Choo Group Limited. During his tenure with Jimmy Choo, Mr. Denis helped establish the brand’s strong presence in Asia as well as its digital capabilities. Previously, he gained extensive experience in the global fragrances, cosmetics and luxury fashion industries. Mr. Denis was the Managing Director for the John Galliano brand from 2008 to 2012. From 2006 to 2008, he served as the Managing Director at Christian Dior Couture in Europe, the Middle East, and India. From 2003 to 2006, he was the Managing Director of LVMH Perfumes and Cosmetics for Asia Pacific and assumed additional responsibility for Christian Dior Couture. During this time, he led the development of LVMH’s Asia Center of Excellence for the Perfumes & Cosmetics division, paving the way for the company’s robust perfumes, cosmetics, and skincare business in China. Mr. Denis joined LVMH’s Perfumes & Cosmetics division in 1992 and became Asia Pacific Managing Director for Parfums Christian Dior in 1999. Mr. Denis is a graduate of ESSEC Business School, Paris.

Since January 2020, Ms. Gaveau has served as Senior Advisor of BCG Digital Ventures, where she previously served as Managing Director and Partner. She is a Limited Partner of Lead Edge Capital, which she joined in 2015. She serves as non-executive director with Coca-Cola European Partners, a major fast-moving consumer goods company, and serves as a non-executive director at Calida AG, a premium sustainable brands holding based in Switzerland. Ms. Gaveau brings diverse international experience, including six years in the Asia-Pacific, and is an active technology early-stage investor in scalable marketplaces and digital platforms. From 2010 to 2019, Ms. Gaveau was the Founder and Chief Executive Officer of Shopcade, a trans-Atlantic fashion and lifestyle mobile shopping platform, which was acquired by Lagardère in 2017. From 2009 to 2010, she served as the Digital Business Development Director at TBWA London, and the Digital Director at TBWA Hong Kong from 2007 to 2009. From 2003 to 2007, Ms. Gaveau was Director of E-Business and CRM at Club Med Asia-Pacific. In 2000, she co-founded and served as Managing Director of PriceMinister.com, a leading online French marketplace for deals and second-hand trading in consumer goods, until 2003. In 2010, PriceMinister.com was sold to Rakuten for over $250 million. Ms. Gaveau started her career at Lazard as a mergers and acquisition financial analyst. She holds a Master of Business Administration from HEC School of Management. 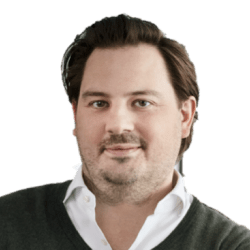 Mr. Eis has served as Chief Transformation Officer of LichtBlick, Germany’s fifth largest energy company, since 2019. In 2013, Mr. Eis co-founded Casper Sleep Inc. (NYSE: CSPR) Europe, a direct-to-consumer company that went public in February 2020, and served as its global Managing Director from 2016 to 2019. From 2011 to 2016, Mr. Eis also served as Chief Financial Officer of Home 24, a Germany-based company engaged in online retail of furniture and home accessories that went public in 2020, and as a member of its board of directors from 2014 to 2016. Mr. Eis is a graduate of HHL Leipzig Graduate School of Management. 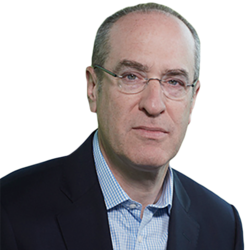 Mr. Sheriff co-founded Solebury Capital in 2005 and served as its Co-Chief Executive Officer from 2005 to 2020. Mr. Sheriff has also served as Vice Chairman of Corporate and Institutional Banking, PNC Financial Services Group since 2020. Under his guidance and leadership, Solebury Capital has become a premier independent equity capital advisory firm, known for bringing deep product expertise, market knowledge and unbiased advice to its clients. At Solebury Capital, Mr. Sheriff has personally worked on hundreds of IPOs, follow-ons and block trades and has provided general capital markets counsel to financial sponsors such as Bain Capital, Ares Management, Apollo, American Securities, TH Lee, Freeman Spogli, TSG Consumer and many others. Mr. Sheriff has also worked directly with companies such as Nielson, Dunkin Brands, Canada Goose, BRP (Bombardier Recreational Products), Aramark, Black Knight Financial, Patheon, Planet Fitness and Casper Sleep. Prior to founding Solebury Capital, Mr. Sheriff held several senior-level positions at Credit Suisse First Boston, including serving as Co-Head of Equity Capital Markets for the Americas from 1999 to 2005. Mr. Sheriff also chaired Credit Suisse’s Equity Valuation Committee from 1999 to 2005 and sat on the firm’s Investment Banking Committee from 2001 to 2005. Mr. Sheriff began his career at Salomon Brothers where he worked from 1983 to 1992. Mr. Sheriff currently serves as director of Tailwind Acquisition Corp., a special purpose acquisition company (NYSE: TWND). Mr. Sheriff graduated from the University of Rochester in 1981 with a B.A. in Political Science, Magna Cum Laude, Phi Beta Kappa. He also received an MPA from Columbia University’s School of International and Public Affairs. He is a member of The Council on Foreign Relations since 1999, the NationSwell Council since 2016 and the Travis Manion Foundation since 2018. Mr. Sheriff has also served on the board of PsychHub since 2019. 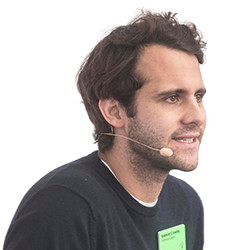 Mr. Crawley co-founded firstminute Capital, a venture capital firm with over $200 million AUM and backed by over 80 unicorn founders, in 2016 and continues to serve as its General Partner. Prior to founding firstminute Capital, Mr. Crawley worked in the Munich office and international business development sector of AppDirect, the cloud commerce platform-provider, in 2015. From 2012 to 2014, Mr. Crawley was part of the founding team and first hire at DMC Partners, a special opportunities fund spun out of Goldman Sachs. From 2010 to 2012, Mr. Crawley worked in the fixed income, currencies and commodities division at Goldman Sachs in Moscow. Mr. Crawley speaks fluent Russian and sits on the board of Generation Home, a U.K. digital mortgage lender launched in 2020, and Frontier, a U.S.-based platform connecting work-at-home jobseekers with employment opportunities. Mr. Crawley studied history at Exeter College in Oxford from 2006 to 2009, where he also received the Waugh scholarship, and holds a Master of Business Administration from INSEAD. 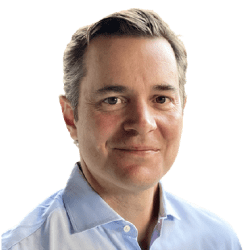 Mr. Eby is the Founder and Managing Partner of Seawall Capital, a private equity firm formed to invest in the consumer and other related sectors. At Seawall Capital, Mr. Eby is responsible for originating, underwriting and monitoring of investments and manages the daily activities of the firm. Prior to the founding of Seawall, Mr. Eby was the Co-Founder and Managing Partner of Tengram Capital Partners. He currently serves as the Chairman of the board of directors of Kent Water Sports, El Cap Holdings and Lime Crime, and as a director of Algenist, Revive, and Cos Bar. In the past he has served as Chairman of Tengram former portfolio companies NEST Fragrances and DevaCurl. Prior to founding Tengram, Mr. Eby was the Chief Investment Officer of JAWS Estates Capital, the private investment office of Barry Sternlicht and the Sternlicht family, where he was responsible for investment and asset allocation decisions and recommendations across a broad spectrum of asset classes and investment strategies. While at JAWS Estates Capital, Mr. Eby led numerous transactions including investments in Palantir Technologies, Field & Stream, Ellen Tracy, Joe’s Jeans, Caribbean Joe, and Carlos Falchi. In 2009, in his capacity as Chief Investment Officer of Jaws Estates Capital and on behalf of Starwood Capital Group, he led the initial public offering of Starwood Property Trust (NYSE: STWD), a mortgage REIT focused on commercial real estate properties. Prior to JAWS, he was an Associate at Morgan Stanley. Mr. Eby currently serves as Chief Financial Officer and director of Tailwind Acquisition Corp., a special purpose acquisition company (NYSE: TWND). Mr. Eby received a B.S. from the United States Naval Academy and an M.B.A. from Harvard Business School. 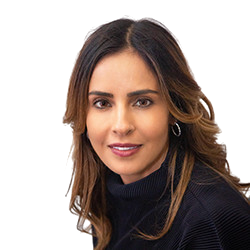 Ms. Kazerani has been serving as a General Partner of Stibel Investments since co-founding it in 2010, and Bryant Stibel since co-founding it in 2015. Previously, Ms. Kazerani served as General Counsel, Chief Compliance Officer & Head of HR and Culture at Dun & Bradstreet Credibility Corporation and later served as Leader of Global Corporate Strategy for D&B (NYSE: DNB). Prior to D&B, Ms. Kazerani served as General Counsel & Secretary at TrueCar, Inc. (NASDAQ: TRUE) and advised on the company’s compensation and audit committees of the board. Ms. Kazerani started her career at Gibson, Dunn & Crutcher LLP where her practice included mergers & acquisitions, reorganizations, corporate securities and intellectual property and other general business law matters. Ms. Kazerani currently serves on the board of RingDNA, an enterprise sales acceleration engine and voice communications platform. She received her JD from UCLA School of Law and has her BA in Psychology from University of California at Berkeley.